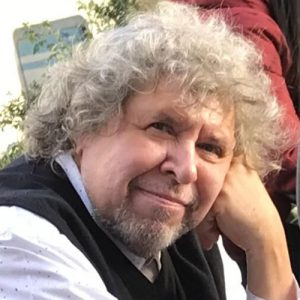 These Master Workshops provide the opportunity to ‘look again’ at our practise and re-view assumptions and expectations regarding being a therapist.

“Group supervision sessions seek to provide participants with a safe, yet challenging, space, to consider and address the issues that arise for them when discussing their own, or another participant’s, experience of being a therapist. They provide the opportunity to ‘look again’ at their practise and re-view their assumptions and expectations regarding being a therapist and doing therapy. Group supervision can be a valuable and enriching experience for all participants since even though the focus may be on a particular supervisee’s account, it is likely that all participants will discover broader issues and concerns that resonate with their own encounters with clients.” Prof. Ernesto Spinelli

Prof. Ernesto Spinelli has gained an international reputation as one of the leading contemporary trainers and theorists of existential therapy and, more recently, the related areas of coaching, facilitation and conflict mediation. He is a Fellow of the British Psychological Society (BPS), and a United Kingdom Council for Psychotherapy (UKPC) registered existential psychotherapist. As a Coach Ernesto is an APECS accredited executive coach and supervisor as well as a founding member of the BPS Special Group in Coaching Psychology. In 1999, he was awarded a personal chair as the BPS Counselling Psychology Division Award for Outstanding Contributions to the Advancement of the Profession. In 2019, he received the British Psychological Society Award for Distinguished Contribution to Practice. Between 1997 and 2008, he was the Academic Dean, and subsequently Senior Fellow, of the School of Psychotherapy and Counselling at Regent’s College, London. Ernesto many publications and textbooks appear on the reading lists of numerous training programmes in the UK, North America, Australia and continental Europe. In a survey of over 1000 existential therapists worldwide, Ernesto’s most recent book, Practicing Existential Therapy: The Relational World, 2nd Edition (2015) has been identified as the most influential contemporary text on existential therapeutic practice. Author of Practising Existential Psychotherapy: The Relational World 2nd ed (Sage, 2015), The Interpreted World: an introduction to phenomenological psychology, 2nd ed (Sage, 2005); Demystifying Therapy (PCCS, 2006); Tales of Un-knowing (PCCS, 2006); and The Mirror and The Hammer: challenging therapeutic orthodoxies (Sage, 2001).

BPS award for distinguished contribution “An internationally-recognised leader in existential therapy and coaching psychology, Professor Ernesto Spinelli developed and taught the first psychology undergraduate and PhD programmes to focus on counselling and psychotherapy research. He has contributed to a growing interest in, and professional appreciation of, existential therapeutic techniques. Professor Spinelli publications and textbooks are standard reading for many psychotherapy and coaching training programmes around the world. His latest book, Practising Existential Therapy: The Relational World, 2nd edition (2015), was identified as the most influential contemporary text on existential therapeutic practice.” BPS