About this event
“Existential therapy is a wide ranging arena, with many perspectives and different views that also, fundamentally, share an attitude expressing a way of thinking and being with people. Representatives of the existential approach from different parts of the world have agreed to engage in an open-format discussion with me. Each of them will bring their own particular topic of interest as the focus for the discussion. From these, participants will hopefully see that existential therapy and existential thought in general cover a huge range of topics, view points and perspectives and explores these in a way that it is different, stimulating and enjoyable.” Prof Ernesto Spinelli

Zhimian: an Existential Approach as Viewed from Chinese Culture
“When we talk about existential therapy we can not ignore the impact and meaning of culture. In our dialogue, I will try to explore with Ernesto those socio-cultural influences that shape people at the level of personality and general mental wellbeing.” Dr Xuefu Wang 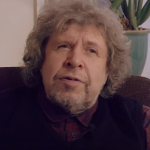 “An internationally-recognised leader in existential therapy and coaching psychology, Professor Ernesto Spinelli developed and taught the first psychology undergraduate and PhD programmes to focus on counselling and psychotherapy research. He has contributed to a growing interest in, and professional appreciation of, existential therapeutic techniques.
Professor Spinelli publications and textbooks are standard reading for many psychotherapies and coaching training programmes around the world. His book, Practising Existential Therapy: The Relational World, 2nd edition (2015), was identified as the most influential contemporary text on existential therapeutic practice.” BPS 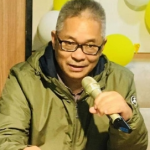 Xuefu Wang, PhD,obtained degrees in the fields of theology, literature, psychology and pastoral counseling. Xuefu is the founder, as well as the Executive Director, of the ZhiMian Institute for Psychotherapy in Nanjing, China. He has taught at universities, seminaries, and psychological institutions and is an active promoter as well as a pioneering practitioner of psychotherapy in the Mainland of China. Dr. Wang developed an indigenous Chinese approach called “ZhiMian Therapy” out of his experience of psychological practice and inspiration drawn from the modern Chinese thinker and writer Lu Xun. The approach of ZhiMian resonates deeply with Western existential-humanistic psychology. Dr. Wang is also academically connected with various international institutions. He is a Visiting Scholar at Fuller Seminary Graduate School of Psychology. He is an editorial board member of several American journals, including The Journal of Humanistic Psychology. In recent years, Dr. Wang has been working with American existential psychologists to promote East-West dialogue in the field of existential psychology. He has published numerous articles as well as authored 8 books. In 2013, Dr. Wang received the Charlotte and Karl Budler Award of the Society of Humanistic Psychology of the American Psychological Association.

(This Dialogue is part of “Existential Dialogues”. You can book each dialogue independently for £40  book in Eventbrite  or the ten dialogues for £300 book here)

BÁRBARA GODOY “Brainstorming the Basis of an Existential Laboratory” (18 June)

Dr BETTY CANNON “In the Spirit of Play: Toward a Psychology of Freedom” (23 July)

Dr GREG MADISON “Is Existence the Same as Experience in Existential Therapy?” (15 October)