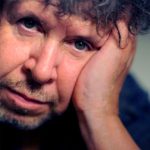 The question of ‘the self’ and the issues that it raises for psychotherapy is a persistent and seemingly irresolvable dilemma.

Many of the assumptions regarding ‘the self’ that are maintained by psychotherapists and psychologists a reveal decidedly dominant Western cultural bias and emphasis. We tend to speak of ‘the self’ as an object or thing. Equally, we imagine ‘the self’ as originating from within us in some way and serving as agent of our thoughts and behaviour. Further we assume ‘the self’ to be singular and to remain more or less constant over time. We claim to be able to distinguish ‘the real self’ from false, or alien, manifestations. We claim to be able to “lose” our self and, perhaps with the aid of psychotherapy, to “find” our self once again.

All of these ideas, and many more like them, seem somewhat obvious and common sensical to most of us in the West. But what if other, less attractive but equally far more challenging ideas regarding ‘the self’ were to be considered? What would be their impact upon psychotherapeutic interventions or our psychological understanding of ‘self’ in general?

This two-day workshop considers the issue of ‘the self’ from the standpoint of contemporary contributions from the British School of Existential Analysis. These contributions combine various strands and strategies derived from contemporary phenomenology, narrative theory and post-modern discourse.

In brief, this alternative way of thinking about ‘the self’ challenges each and every one of our “common-sense” biases and assumptions. 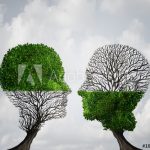 Such a view rejects the trend in modern personality theories which seeks to categorize or `typologize’ individuals or which attempts to divide and reduce people in terms of various `parts’ or components. Instead, it aims to remain at a descriptive and open-ended level of analysis of human experience.

Considered in such ways, ‘the self’ can be seen to be more ‘process-like’ rather than a set of characteristics or components. As such, when speaking of ‘the self’ what we might actually be doing is attempting to ‘capture’ or structure lived experience from a particular point of focus that we are calling ‘the self’. Narrative theory, for instance, speaks in terms of ‘storying’. More generally, it might become more appropriate to consider and discuss ‘the self-structure’.

The workshops will focus on central areas of concern regarding ‘the self-structure’.

They will focus on such topics as: