“To you, bold searchers, tempters, experimenters, and whoever has embarked with cunning sails upon terrifying seas” A course comprising of lectures on Nietzsche’s vibrant thought, with links to Zen, contemporary psychotherapies and philosophies and featuring experiential exercises and meditations. 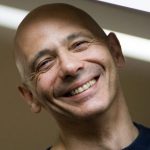 “What would it be like to apply Nietzsches ideas to the art of psychotherapy and, more generally, to our way of being in the world? How can we make creative use of Nietzsches thought in our life and practice? Here is a little taste.The first step is embracing naturalism. This means giving primacy to nature and the body over consciousness. The latter needs to occupy, in this naturalistic view, a humbler position. Consciousness observes the body and the complexity of bodily affects and passions and then sends dispatches of this vast and complex felt text. Its relation to the body and the instincts, consciousness is subordinate. It is an aspect of the instinctual life, one that is not particularly better, more moral, or even fairer. What we call our thinking is also the result of a relationship between natural forces. ” Manu Bazzano

The course will be divided into three parts:

(a)   We will look at the intrinsic intelligence of feelings, emotions and passions, comparing Nietzsches breakthrough insights about the Dionysian and the Apollonian dimensions with contemporary notions of eudaimonía or flourishing, developed against more facile notions promoted by the happiness industry.

(b)   We will explore notions of time in relation to what Nietzsche calls eternal recurrence, an exhilarating myth as well as a koan (or existential riddle), potentially useful in bringing forth a bold affirmation of existence and one that is intimately linked to a path of self-acceptance and deep appreciation of self-other-world.

(c)    We will sketch two powerful and far-reaching themes from the Nietzschean corpus: 1) morality and its close link with the notion of the self as-we-know-it, i.e. the Cartesian self and its various surrogates and dead ringers; 2) power, reassessed, paradoxically, not as power over others (for Nietzsche a sign of weakness) but as active cultivation of vulnerability and generosity.

Nine Thursdays from 7pm to 9pm
Fee: £600 for the whole course