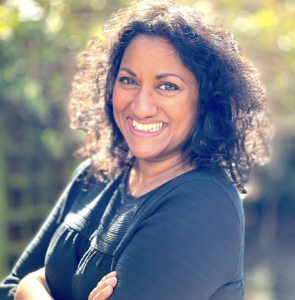 Happiness has been suggested by ancient philosophers as a habit we must practice rather than something that happens to us. There are times in our life when we struggle with the idea of happiness.
Certain experiences and events can make it more difficult to cope and find a way through.

Anoushka is an experienced transactional analysis counsellor. She provides a confidential, safe and non-judgemental space. She sees the therapeutic relationship being an anchor during times when life can feel overwhelming. She sees people as unique beings with their own story. She works intuitively and with compassion believing everyone has the right to feel understood.

Anoushka’s personal approach is integrated from transactional analysis; the social and behavioural study of human interaction. Attachment theory; the first pattern of relating formed via parents and family experiences, and existentialism; the philosophy of how we manage ‘being’ in the world. She asks who we are in the world, what we want in our lives and how we make our choices.

As a practicing counsellor in GP surgeries within the NHS and honorary counsellor at MIND, Anoushka has worked with clients experiencing a range of conditions including depression, anxiety, miscarriage and fertility problems, trauma, abuse, domestic violence, suicidal and intrusive thoughts, self-harm, co-dependency, relationship and social difficulties, childhood neglect and abandonment. Anoushka is also one of the in-house counselling teams at the charity Rahab.

Many of her clients work internationally and in high profile occupations and Anoushka is sensitive to these pressures. Before entering psychotherapy, Anoushka worked in the arts for ten years as a television researcher and then in theatre as a trained actress. She writes both fiction and non-fiction, for various mental health platforms such as Therapy Today, New Psychotherapist and Transactional Analyst. 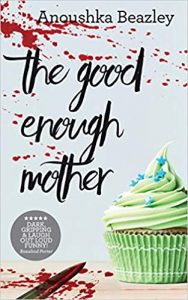 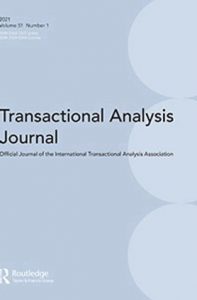 Normativity, Marginality, and Deviance in a Psychiatric Placement: A Parallel Process. Read article >

“A sense of feeling depressed but not knowing why? Struggles with work, family, relationships can create a sense of anxiety, am I good enough? Am I too different? What’s wrong with me? Why is it all so hard? Counselling and psychotherapy can help us overcome obstacles we face. Do you feel your grief unbearable? Are there complicated feelings around sexuality, gender, religion, race, culture or self-esteem? Have you been carrying abuse and trauma and need somewhere safe to tell your story? Or is it still unknown? A feeling that something is wrong but you don’t know exactly what it is. That’s ok. You are not alone.

She has experience working with an extensive range of issues including and not limited to:
Depression, anxiety, Childhood emotional neglect and abandonment
Miscarriage and fertility problems, trauma, abuse, PTSD, domestic violence, suicidal and intrusive thoughts, self-harm, co-dependency, relationship and social difficulties,